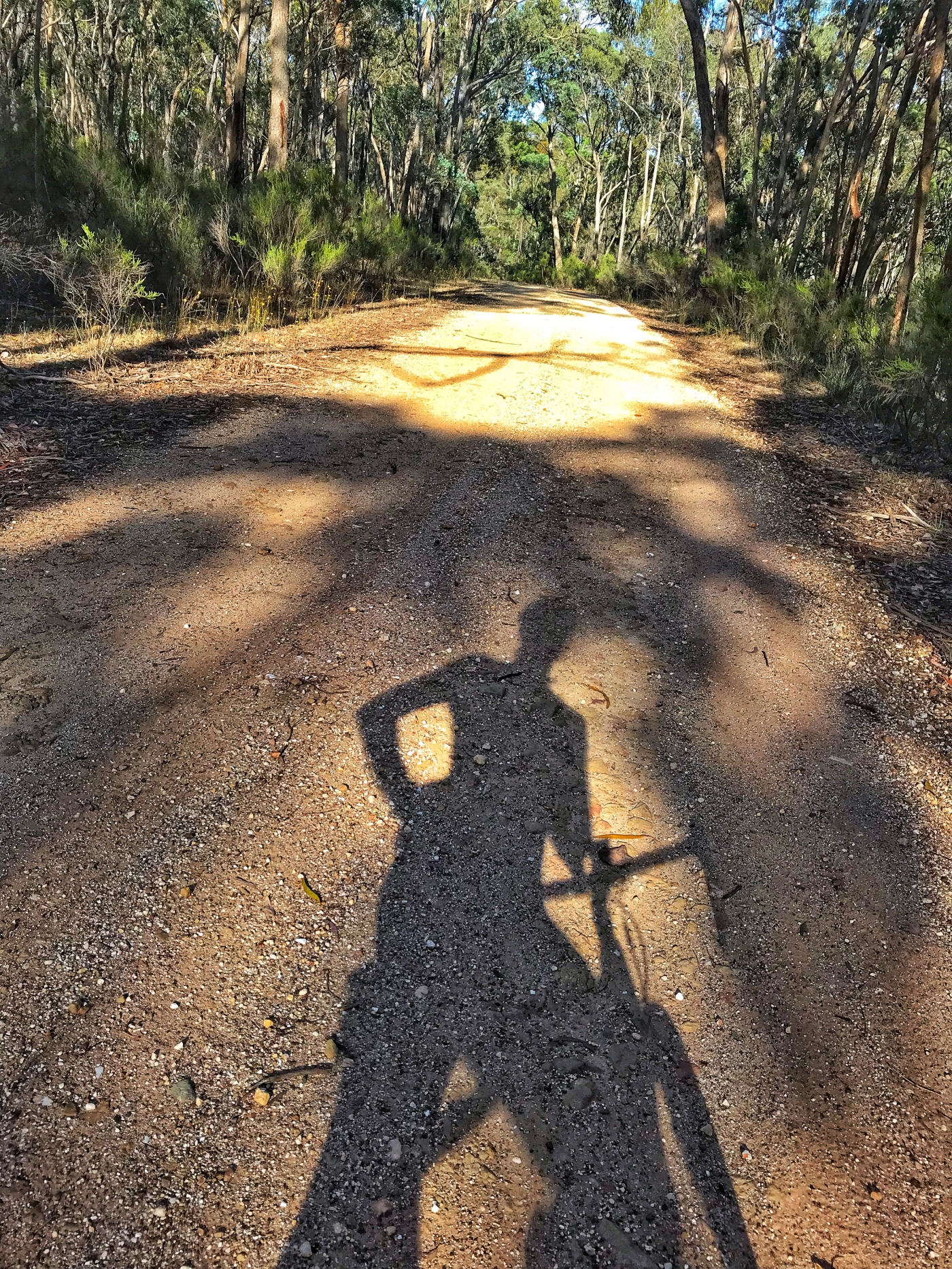 So as I’ve said before, the best laid plans of mice and men and all that jazz. The plan this weekend was to complete my Super Series set of rides to qualify for PBP with the last one I needed: the 300. However, with temperatures soaring (estimated up to 41 degrees) and winds increasing in speed… the ride was unfortunately called off.

Which gave me a bit of a pickle. I had set up to do the long ride on the weekend so hadn’t booked in any mid-week rides, and was at a bit of a loss in terms of what to do. A short call was sent out to my endurance mates, thinking perhaps with the extreme heat it might be a good opportunity to get some night riding practice in… but Marty had other ideas.

It was time to test out some new Audax gravel rides in the 2019 calendar.

A cracking gravel loop Marty has put together that starts at the Macedon train station and takes you, well, east of Macedon. The title is a nod to East of Eden, a novel by John Steinbeck, published in September 1952.

After a bit (okay, rather a lot) of grumbling from me about the fact that the weather was near perfect for a 300km ride, we set off in the rain towards Barringo… and straight up into our first climb of the day.

And then right into an amazing descent! And this in general set the tone for the day: enough climbing to keep me honest, and enough descending to keep me happy.

After a quick stop and chat in Monegeetta (which will be the first of four brevet checkpoints) we set off in a northeasterly direction again for the long (and very scenic) way around towards Romsey.

After an absolutely cracking descent, we were back climbing again. Marty looked over and grinned: what gravity giveth, gravity taketh away. Thanks for the sage advice Marty, next time you’ll be cracking Dad jokes.

Which of course he did.

Rounding the corner and some small climbs later we were heading down Monument Rd… and faced with a monumental obstacle. So it was picture time of course!

We were now back on ‘home roads’ for me, so I knew that next up was the Boundary Road Kick, which is definitely one of those roads that the quote “it doesn’t get easier, you just get faster” applies to. Though not today, wasn’t faster up this one today. But I didn’t fall off my bike climbing up it so that was yet another win.

Unfortunately the Newham General Store was closed today (holiday hours) so I didn’t get that promised cup of coffee with the boys before we turned to head home. I think Marty is now thinking of re-routing this section back through Woodend instead as to increase our chances of a coffee for the next time around.

And after that, it was all downhill. Well, aside from one more climb… or two. Just for fun.

*Note that I rode from home and then did a bit longer of a ride. Actual Audax ride will be around 105km

This ride has been put together by Jem (aka: Eat More Lard) starting in Kyneton (not be be mislead by the title of course) and loops around the ranges with 11 dirt sections to finish in the Velodrome, Roubaix style.

It was another near perfect morning for riding as four of us set off from Woodend to head up to Kyneton for the proposed 6:40am set-off time. Meeting up with one more rider we headed off down the road… for about 10 minutes before the guys all yelled out for me to stop and take a photo.

Heading north through Black Hill reserve we were treated to the first of many, many glorious gravel choices, and with the drier conditions quite a lot of corrugated roads as well… because if you can’t have cobbles, you might as well ride corrugations.

Into Taradale for our first stop and across the first of three wooden bridges. Marty and I traded grins: on one of the last journeys here Blair and I managed to get stranded in Marty’s car while support crewing the boys through their 24 hour Oppy (for those interested, you can read up on what it’s like to crew, and to ride, this kind of event).

After Taradale there was one more climb and then a whole lot of downhill that made me very grateful I wasn’t silly enough to attempt this on a road bike. I bounced along the descent, wincing occasionally as I felt the bike bang hard over a rock (or 20). But Puncture Alley lived up to its name and claimed one victim: a burped tyre.

Cruising down into Fryerstown my Garmin beeped that we had gone off course. Marty knew if we kept going straight up the road we’d eventually connect back on the course, but my Garmin was pulling us off into the bush. After a short discussion, we decided it was adventure time, and off we went.

Descending into Vaughan was another opportunity for adventure. I stopped to take pics (which is the ONLY reason I stopped thank you boys for the heckling) and then we crossed over into the climbing section of our route: Porcupine Ridge.

If you like gravel climbing, you’ll love this section: 10km of rolling climbs with a few pinches, mostly uphill. It’s one of those ‘brutally beautiful’ types of sections, with km after km of nothing but gravel and vert.

Heading out of this section it’s like a set of steak knives in an infomercial: but wait, there’s more! Another 5km of climbing, up up and up!

I finally crested the drag, looking a little worse for wear, to then have Marty ride back down past me and remind me to take a picture back and see how far I’d come.

Pulling into Glenlyon for a much deserved break and coffee we found out that holiday hours were still in place: NO COFFEE. Let’s not talk about my face after that discovery. So it was a water stop only, and we continued to climb.

After that it was a lovely gravel climb (or six) into Little Hampton, and with one more puncture for D’Wayne we were back in Spring Hill and around the corner from the finish.

And of course it wouldn’t be Kyneton-Roobaix without a classic velodrome finish now would it?

*Note: again this includes the transfer rides to and from the start. Actual ride will be around 107km.

Coming up: chasing up that last 300km qualifying ride, re-visiting The Warby (my first DNF from this 2018) and tackling the Alpine Classic.