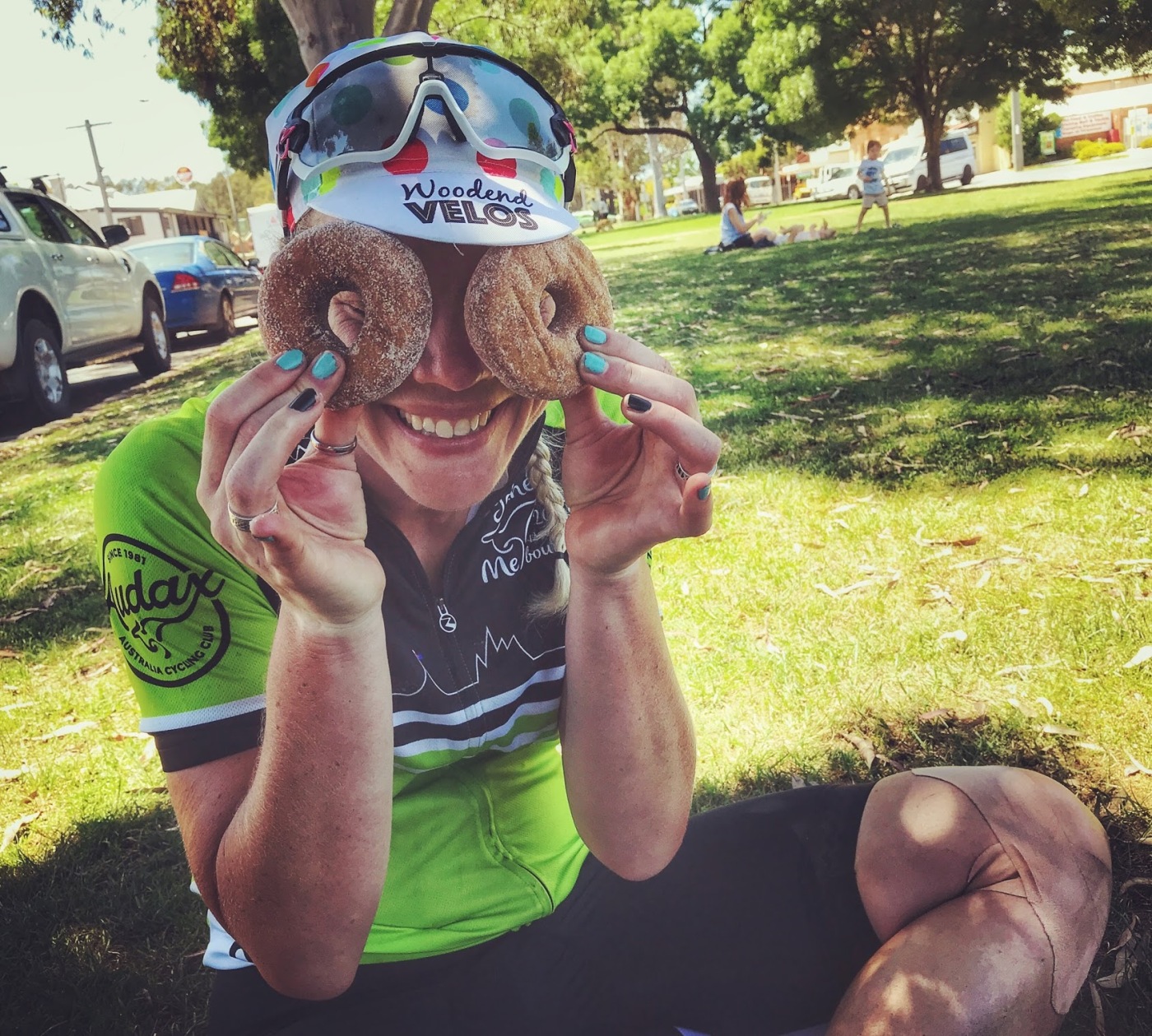 Down time. Sometimes I’ve taken it because I’ve been forced to (for example, completely burning out and therefore have to take it). Other times I’ve taken it because my family started making ‘THAT look’ (or, more honestly, I finally started noticing they were making that look, then considered that they’d probably been making it for quite some time).

This time, I’m taking it because I want to. I can feel what I’ve gone through, and I can see what’s coming up. So I actually want to take a bit of time off the bike and really embrace downtime. And embrace my family, who I miss terribly.

So let me tell you a little bit about where I came from, what some of the highlights have been… and give you a little glimpse into what’s coming up next.

Yup, you read that right.

Well, technically I started cycling when I was younger, like most kids do. I also started road racing when I was 11, heavily influenced by my Dad who at the time was also racing. But after that I took a good solid rest week… for about 25 (cough nearly 30) years. Fresh legs for sure.

In 2013 I got into walking, then hiking, then completed my first 50km fundraising event. I then wanted to go a bit faster, so started trail running (which involved some running, a lot of scrambling, and some power hiking) and while I was never ever competitive (meaning no podium was ever in sight for me), I had a lot of fun and met a lot of wonderful people. And faced a lot of injury. And suffered through a lot of enforced downtime. One thing led to another, and after just over a year of running I was out on a training run one day and felt extreme pain in the bottom of my foot. I tried to run on it for a few more kms, but then ended up in a pretty agonising limp home. I got very lucky and was able to get a few appointments lined up quickly, and was diagnosed with plantar fasciitis. Which meant no running. Which meant moon boot life. Which meant physio, gym time, pool time… and a lot of tears of frustration as I had been training up to run the UTA 50km event in the Blue Mountains. And even after a few months of intense rehab, we all realised was not going to be possible this time.

So after a few weeks of walking around like RoboCop, a friend suggested I try cycling as part of my rehab. After all, my foot would be stuck in a hard shoe with very little flex, so surely if I just took it easy I’d be able to ride a bike. The physio confirmed this would be okay, so I got onto my bike. I had bought it second-hand the year before and had really only ridden about once a week as part of easy cross-training while running.

This friend suggested that as I couldn’t run anyways, why not try racing? He’d ‘coach’ me by setting me up with a training plan: I’d train for three months, then get a 3-race license and commit to giving racing a go. If I hated it after that, he said, he’d never nag me to get on the bike again and I could go back to running.

Was it (bike) love at first sight?

I hated being on the bike. With a passion. Not only was it not running, but everything hurt. And I felt awkward. And I was, compared to everyone else I knew who was a cyclist, crap on the bike. And because of that, I didn’t feel I had anyone to ride with. So a lot of solo kms, combined with what I considered a very brutal training schedule (ie: lots of early morning ergos on the indoor trainer) was how I started.

Eventually I found people to ride with, got hooked up with a shop ride, then was steered in the direction of the Woodend Velos, where I found guys who were significantly better riders than me, but who were happy to take me under their wing and train me up. Especially Marty, who designed almost all my weekend routes in preparation for my first big event: Peaks Challenge Cradle Mountain.

And that was pretty much my first year on the bike. I spend my first seven months on the bike locked into a very rigid and demanding training schedule, and once I finally finished, I decided I never EVER wanted to see the indoor trainer again.

Stats and Highlights of Year One: 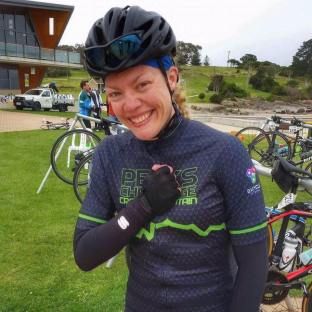 In January I went up to Bright to ride my second ever Audax ride: The Alpine Classic. In hindsight I can now look back and pinpoint this ride as what started my love of endurance riding. Jem offered to ride it with me, and explained that we were NOT racing it, nor were we chasing a time (though I did have it in my head I’d like do it in sub-9 hours of moving time, old habits die hard). Turns out not chasing a time and just enjoying the ride for the sheer love of riding a bike was what I’d been missing the previous year. And it was glorious.

After that I just said yes to everything. Which led to a pretty crazy year of long rides (most of which have been blogged about, first in Jem’s blog, then in my own). Yes I made a lot of mistakes (turns out riding a racing bike for endurance events isn’t really ideal and leads to all sorts of issues. But also leads to new bike day). I also discovered that I had a love of, and a knack for, ultra endurance riding. Overall the year was a success and I had a lot of firsts:

It was a crazy second year, but it required a LOT of time sacrificed on the bike. Which meant a lot of juggling trying to balance family time, a full time job, and an endurance riding schedule which just said: ride your bike all the time (nearly double the hours from the year before) and ditch the indoor trainer for awhile.

I didn’t get the balance right, and my family bore the brunt of that more often than not. Especially when in July I decided I was going to have a crack at Sydney to Melbourne, then crammed a huge amount of kms into four short months to prepare.

Stats and Highlights of Year Two:

As I said above, my family really suffered through my move from racing to endurance riding. Of course they supported me at rides, and of course they were always there at my monster events. But having a wife/mother who is working a full time job and then out for 20+ hours a week on the bike meant they hardly saw me. And when they did see me, I wasn’t exactly at my optimal best. But they were used to it. Kinda.

So after my second Audax Alpine Classic (this time the 250km ACE with Jem and Damian, yet another fantastic day on the bike) we agreed I’d shift tracks and try something new. Like gravel grinding and mountain biking.

I’d found while training for Syd-Mel that riding a heavier bike on rougher roads was a lot harder than riding road, meaning I could ride harder rides in a shorter time period. And I thoroughly enjoyed being off road, so it was a win-win. So my time per week on the bike dropped to 12 hours a week, then down to around 8, a far more manageable number from a family-work-life perspective.

However, this shift meant learning an entirely set of skills, and trying to balance new skills plus keep one toe dipped in the endurance pool meant I didn’t achieve great success right off the bat. In fact, it meant I kinda messed up a few things, didn’t finish all the rides I set up to do, and as it turns out now, caused myself a few injuries. Nothing serious, but enough to hurt pretty badly. And I forgot how exhausting that was.

So it also meant I was (and am) tired a lot. Anyone who looks at gravel grinding or mountain biking by just the numbers must think they’re an awful slow, soft lot of riders. I mean, who takes over 3 hours to just ride just 50km right?

If you don’t know, I can’t explain it to you. But let’s just say I can rock up to a 300km ride without a lot of prep and get through it just fine. But put me on mountain bike and it’ll not only take me 7 hours to ride a ‘social’ 100km, but I’ll totally burn through everything, then hardly function for the next week. And that’s without even talking about the full body experience that is mountain biking compared to road riding.

Especially when you fall off. Low speed impact yes. But still it hurts. And there’s a lot more objects to fall on and over in the forest than on the road.

So yes I’m now slowed down for a bit with an injury. But this time I’m not devastated by it (like I was when I was a runner). Frustrated? Sure. Ego bruised a little? Indeed.

So it’s time (some have said well past time) to take some much needed downtime. Because this isn’t just a week or two of down time. This will be just over two months.

Stats and Highlights of Year Three (so far):

So why am I embracing downtime so much right now? Well, like I said, I’m looking at what’s coming up and I know it’s going to get crazy again. The kms and time on the bike are going to start adding up again, and it’s going to be hard on me and the family. Because 2019 isn’t just another endurance event. It’s THE endurance event. And I’ll be representing Australia.

But this time I’m prepared. I know what it’ll take, and I have an endurance base and, more importantly, an endurance mental strength to draw from. My approach this time won’t just be ‘ride your bike all the time’ but instead I’ll combine my training schedule from Year One with the endurance knowledge from Year Two to come up with a more efficient and hopefully more effective way of training. And hopefully be better at the juggling than I was last year.

And that means (again) setting up a team of people around me.

So who’s on Team Tiffo?

Countdown to Paris-Brest-Paris 2019 begins in August 2018. Better get those cinnamon donuts ready.

8 thoughts on “Down time: looking back and planning ahead”